Being front row for any show is a luxury. How nice is it to not have to stand on your tippy toes to peer over the head of someone five inches taller than you?

It was my pleasure to be front row last week for an incredible show put on by Haley Blais and Peach Pit. The two artists rocked the House of Blues Chicago for two hours, giving their crowd an abundance of beautiful sounds, indie pop colliding with folk and shreds on guitar. Both played their hearts out, connecting with us as they moved seamlessly through the tracks.

I was lucky enough to snag a ticket for the VIP experience, which included an intimate Q and A with Peach Pit, as well as access to their soundcheck prior to the show. The guys came out and the small VIP audience lost it, thrilled to have such an up close moment with the band. They spent an hour cracking jokes, telling stories, and jamming out to requests. Chris, at one point, went into a cover of Oasis’ “Wonderwall”…the others joined in for lyrics that were nonsensical, creating a roar of laughs. Their ease on stage made it feel like a natural hang-out, creating an atmosphere of fun and excitement for the coming hours.

Haley Blais and her band started the concert off with a whimsical array of alt indie goodness that have now become some staples to my everyday playlist. Haley’s voice floated over the crowd with such gentle power that left me speechless. Having only heard one of her songs prior to the set, I felt like for so long, I had been missing out. Mid set, she jokingly shared how she had food poisoning the night before. Who would have guessed it? 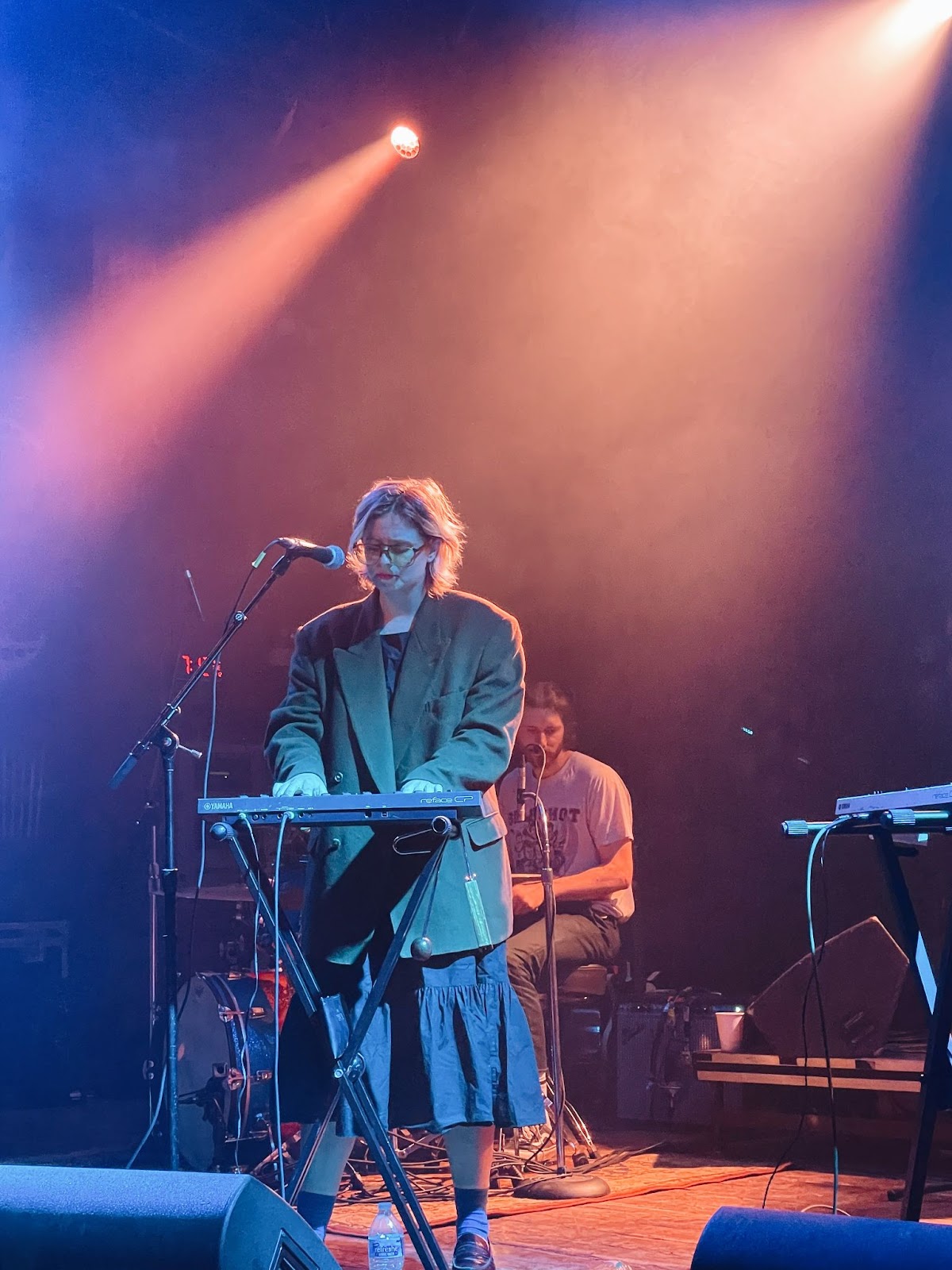 As soon as Peach Pit made their way onto the stage, the walls began to quiver. The yells were intoxicating. Truly, there is nothing more lovely than fans cheering on their artists. The show began with a force, flowing through much of their discography, including new songs from their latest albums From 2 to 3 and You and Your Friends, while also including some from Being So Normal, an album they released in 2017 (fun fact: that entire album’s recording was literally in a basement…the places we start out, huh?). Each jam gave more energy to the fans, as they played songs like “Black Licorice” to up and coming ones such as “Vickie.” 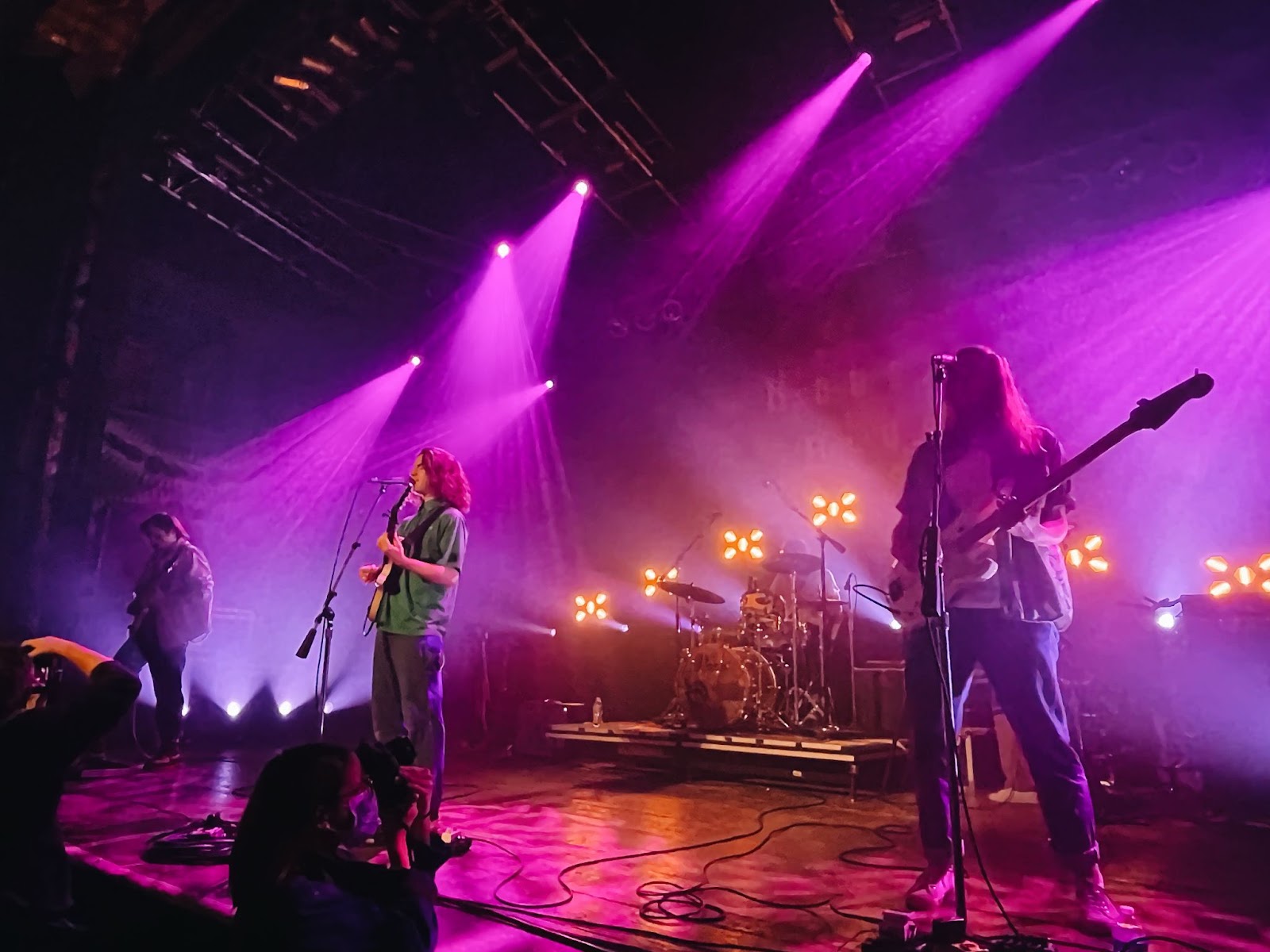 Not only were the sounds incredible, but so was the performance. At one point, Neil and Chris pushed their heads together like two bulls in the ring as they shredded on their separate guitars. Each member took turns bopping around the stage, Mikey and Chris often coming together to pull shenanigans mid-song. Neil whipped his hair around plenty (causing me concern for the headache post-show) and Peter smiled to himself, gently bouncing with the sounds of his base. Not only were the original band members having a total blast, but a new added friend to the group, Dougal shared in it by ripping on a violin and sharing tunes through an assortment of instruments. 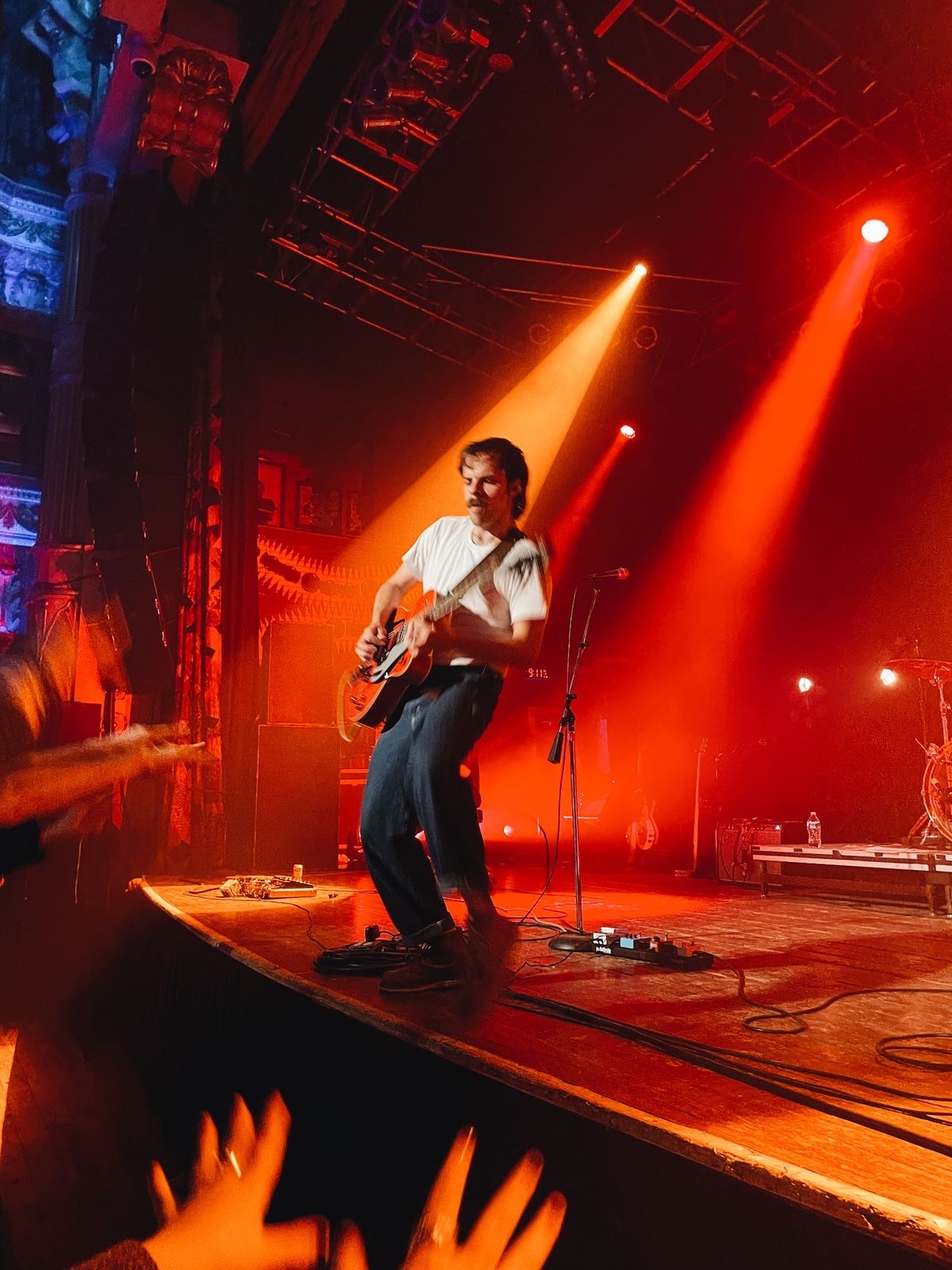 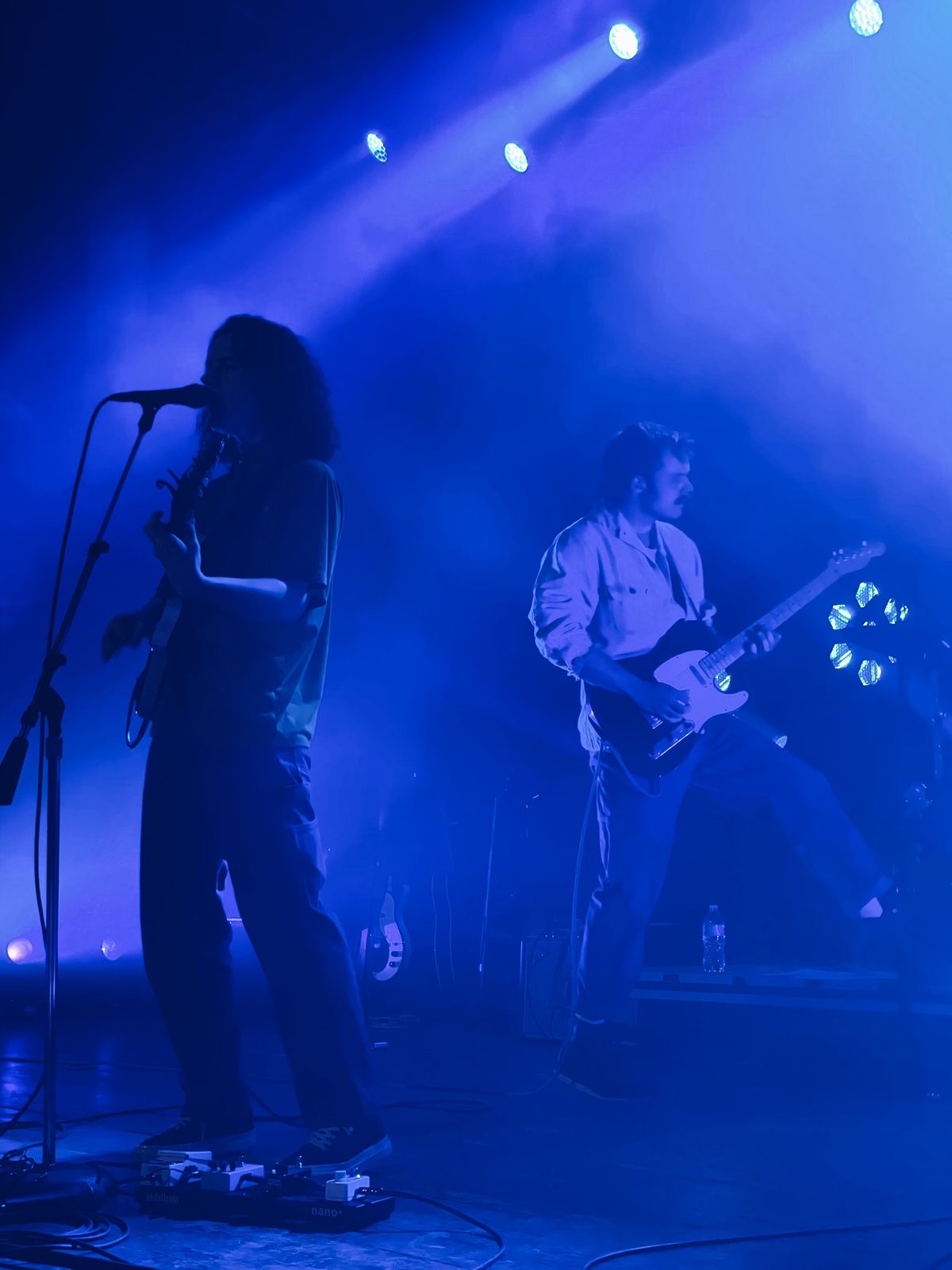 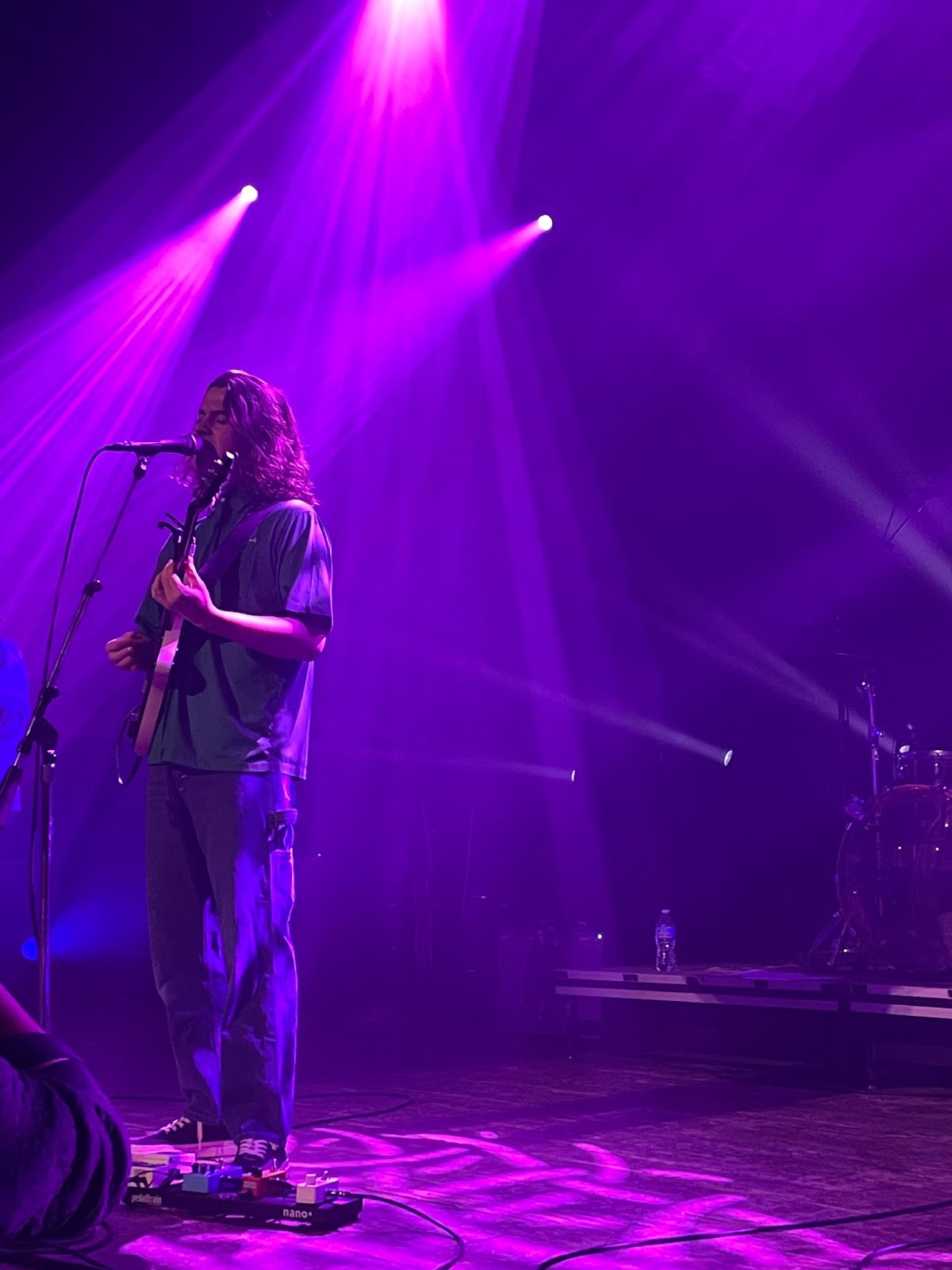 Peach Pit closed on a crowd favorite (and my first introduction to the band), “Tommy’s Party”. The crowd swayed along with the music, as they sang out the lyrics they knew by heart. At one point, I looked up into the rafters and saw Haley Blais and her band, singing along, watching, absorbing and supporting. It was such a cool sight to see two artists who perform for the true love of music, there for each other in this final send off.

It was an incredible night of music that reminded me of how grateful I am to have live music back. It’s funny the things we take for granted, and I realized just how much I missed it all through the pandemic. I’m hoping we all can take advantage and see some shows as we come into these summer months and continue to vibe in the sounds of the bands we love. Together.

I’ll end on this: Listen to Peach Pit. Listen to Haley Blais. You’ll thank me.

Favorite songs of the evening:

“Be Your Own Muse” – Haley Blais

“Everything About You” – Peach Pit

Hear music like this and more on Noteworthy. A wide spectrum of consistently good music and podcasts you won’t easily find anywhere else. Streaming 24/7 for free.